NEW YORK, NY –  Two action-packed fights featuring world champions, emerging stars and fierce rivalries have been added to the televised pay-per-view undercard of Miguel Cotto vs. James Kirkland “The Return” on Saturday, February 25 at Ford Center at The Star in Frisco. The event, sponsored by Corona Extra, will be produced and distributed live by HBO Pay-Per-View® beginning at 9:00 p.m. ET/6:00 p.m. PT.

“I would like to start by thanking HBO, Roc Nation Sports and Caribe Promotions for making this fight happen. I’m very excited, it’s my first fight back in the states in over a year. I want to show the world and my loyal fans that I am still one of the best pound-for-pound boxers in the world,” said Rigondeaux. “I will be defending my title on February 25. I’d like to thank Moises Flores for having the courage to face me in the ring. He is a tough fighter and will have all his fans in Texas cheering for him. It’s going to be a battle so fans, get ready to see me in action.” 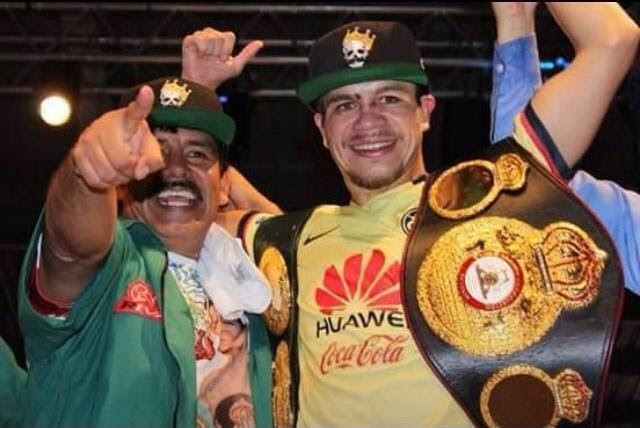 “I’m very excited to be facing Guillermo Rigondeaux on Saturday, February 25 on HBO Pay-Per-View,” said Flores. “I’d like to thank my team at Probox Management along with HBO for providing this opportunity. I’m training hard and look forward to making the Mexican fans proud when I defeat the great Rigondeaux.”

“Just when we thought the Cotto-Kirkland event could not get any more exciting for sports fans – Roc Nation Sports is thrilled to announce Guillermo Rigondeaux’s championship defense against Moises Flores on the televised undercard,” said Roc Nation President & Chief of Branding and Strategy Michael R. Yormark. “One of the world’s best pound-for-pound fighters, Rigondeaux is coming off his most impressive performance to date, shattering James Dickens’s jaw in Wales last June. The bout with Flores is set to be even more exciting as Ford Center at The Star looks to open its professional boxing account with a fight card for the ages.”

Moises “Chucky” Flores (25-0, 17 KOs) learned the fight game growing up in Guadalajara, Mexico, and spent the early years of his professional career building up his résumé in his home country. Now established as a title contender at 122 pounds, Flores looks to climb to the top of the division with his considerable talent. Flores is exceptionally tall for his weight class, measuring in at a rangy 5 feet 9 inches. As such, he tends to have a reach advantage over most of his opponents although, Flores isn’t one to merely fire punches from a distance and box from the outside. He likes to mix it up, and his record reflects that, with most of his opponents going down by knockout. Flores made his pro debut in August 2008 with a second-round knockout of Oswaldo Salgado in Guadalajara, Mexico. He fought exclusively in Mexico over the first six years of his career and made quick work of most of his opponents. Flores made his U.S. debut in September 2014, winning a six-round unanimous decision over Pablo Batres in Mesquite, Texas. He then gained a seventh round technical knockout of Mexican veteran Mario Macias in Tulsa, Oklahoma, in November 2014. That victory set up a 122-pound title shot against interim WBA World Super Bantamweight Champion Oscar Escandon in Carson, California, in April 2015. In an electrifying, all-action brawl, Flores earned a split decision to win the title. In his last two fights, Flores was able to defend the interim WBA World super bantamweight title against Luis Emanuel Cusolito, while also adding the IBO World super bantamweight title against Paulus Ambunda. Flores looks forward to claiming the full rights to the WBA World super bantamweight title on Feb. 25 when he faces current champion Guillermo Rigondeaux in a 12-round championship showdown.